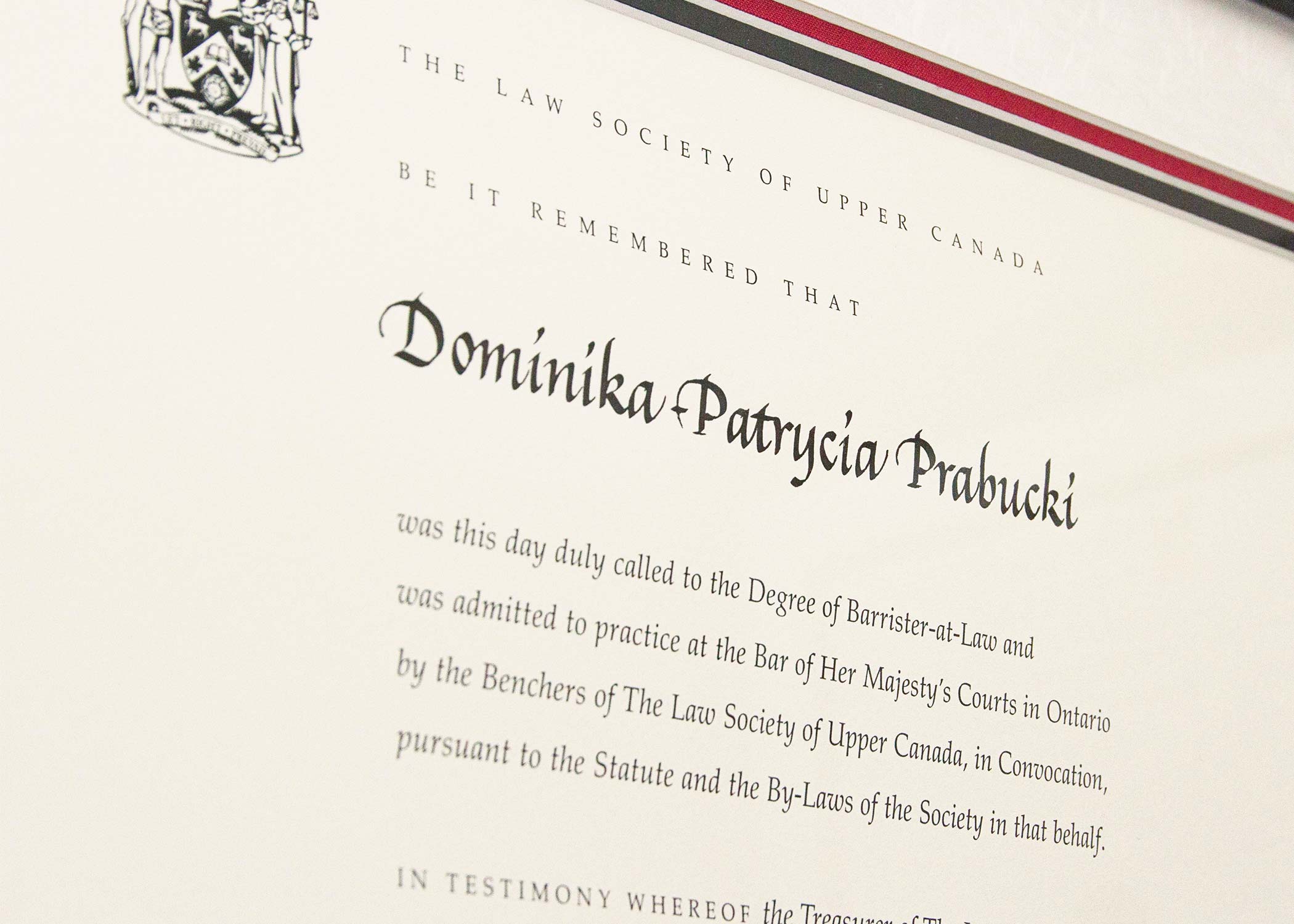 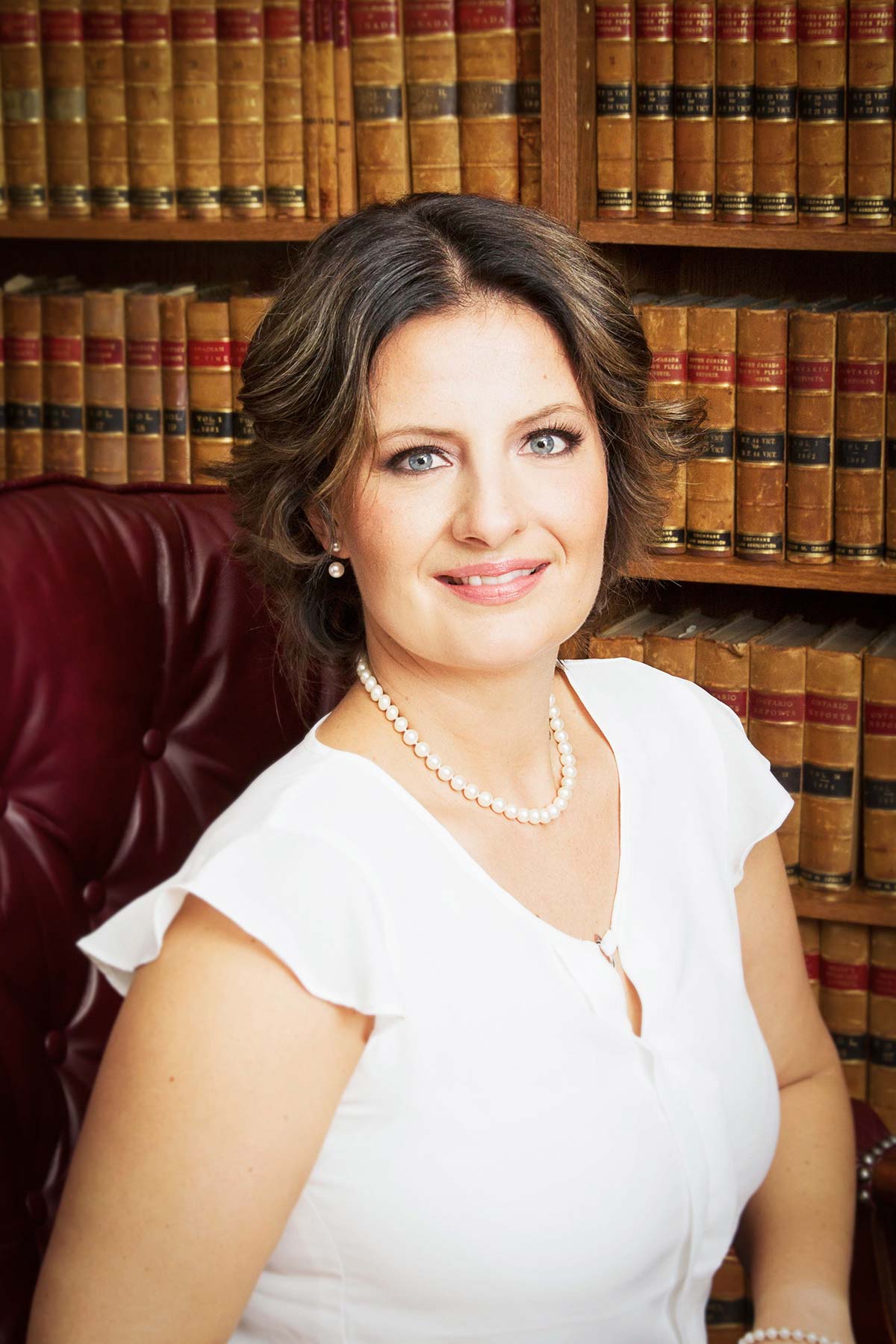 Dominika Prabucki,
Your Lawyer in Timmins

Dominika is a proud first generation Polish Canadian born and raised in Timmins.

After graduating from Timmins High and Vocational School Dominika started her post-secondary education in her hometown and graduated with honours from the Police Foundations program at Northern College of Applied Arts.

Given her love of the North Dominika always knew she would make her way back home to practice law but in the meantime she seized the opportunity to combine her love of travel and learning.

During her second year of obtaining her undergraduate degree Dominika participated in an exchange program and attended the University of West Indies in Barbados. She fondly held on to that memory when she returned to Nipissing University to complete her undergraduate degree in Criminal Justice specializing in Criminology, especially while she was snow shoeing to school to write her final exams. Dominika participated in a dual degree program that required her to cross the Canadian-American border daily while obtaining her Canadian Bachelors of Laws from the University of Windsor and an American Juris Doctor degree from the University of Detroit Mercy.

Eager to return to her roots Dominika made her way back to Timmins where she completed her articles and has been practicing law since 2014.

When Dominika is not zealously advocating for her clients in the courtroom, she is most likely found acting in any given Take Two Theatre production, be it a murder mystery play such as the Bold, the Young, and the Murdered, or the Melville Boys which was a featured play in the 2017 Quonta Festival.

Whether you have seen her on stage, her father has poured the foundation for your home, or you happen to have an acquaintance in common make sure to let Dominika know, after all, she is known to give a discount or two.

Our lawyers are well-versed in a number of practice areas.